on March 21, 2018
Today on the blog we have a guest post from Shanna who blogs at www.femmeunfiltered.com where she Empowers and connects women through storytelling and the power of positivity. You can also find her on 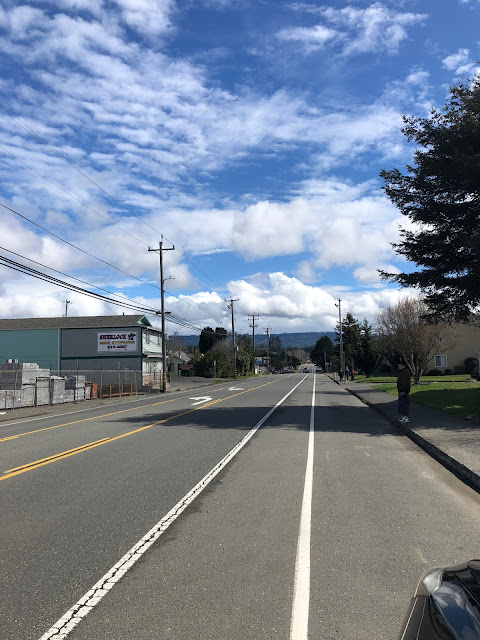 Two major highways run the length of California north to south, Interstate 5, which is dry, dull, and boring. It will get you from Canada to Mexico, and it runs straight down the middle of the dry valley land of California. Then there is Highway 101, which runs alternately along the west coast, with peeks at the ocean and through enormous mountains covered with giant redwoods. You will see grapevines in Napa and large-scale agricultural plots in Monterey. It is a beautiful, scenic way to see California, and it is what takes me from San Francisco to Humboldt County and back again.

My parents moved to a small city in Humboldt County exactly 300 miles from my doorstep to where my sister lives now, in McKinleyville. McKinlevville was settled by dustbowl migrants from Oklahoma during the Great Depression. They and their descendants actually call themselves Okies from Miskogee, they are proud of their far back Portuguese roots, and they built a beautiful little city on the sea.

Humboldt Bay is home to many little towns along its coast and one big, thriving city, Eureka, where you’ll find a mall, a Costco, some small teenage “gang” activity, a small prison, and an “old town” with so much character it attracts people from all over the country. Humboldt County is where the mountains meet the ocean. You can take a hike through huge redwood trees in Redwood Park that would require ten people holding hands to reach around it, and fifteen minutes later climb rocks above crashing waves at Moonstone Beach.

The weather is usually cool and breezy with the sun peeking out from behind clouds that alternate between dark and angry grey and bright and fluffy. That is when it is not raining. It rains so much in Humboldt that you may as well be in Seattle, Washington.

Go for a Run

Because the weather is so mild, if it is not pouring down rain, one of my favourite things to do in Humboldt is run. I am a runner, but in the SF Bay Area, I have to be careful about my timing. Running at high noon in the Bay is not advisable in most areas. Heat stroke is a real thing here.

But in McKinleyville, when I visit my sister, I look forward to a run at any time of day. My favourite trail is The Hammond Trail, a gravel path that runs between trees, seemingly away from all civilization, weaving in and out of ocean views. You can run this trail for miles and miles as you hit paved roads and run through neighbourhoods and then reconnect with the gravel or dirt path.

If you get a chance, take the drive, visit Old Town Eureka, walk the hills through Humboldt State University in Arcata, and take a run on the Hammond Trail in McKinleyville. You could spend a full week in Humboldt County and still not get a chance to enjoy all the fun food spots, the hiking trails, the beach walks, and the trail runs.

But you should definitely try.