Family things to do in New York City

on April 05, 2017
I have been lucky to go to New York with my older kids, it is on my list of things to do with Tilly but it hasn't happened yet! We went a few years ago and the digital camera that I took was very poor quality and I have made the choice to fill the post with images from Pixabay. Here is a list of family friendly things to do in NYC.

Of course one of the most iconic things to do when you're visiting New York is to go up the Empire State building, but me being me I like to do things differently. When we went to New York we were only there for five days so everything had to be crammed in, I didn't want to be waiting hours in a queue to get up the Empire State building. So we chose to go up the Rockefeller building, not only was it cheaper but there was so much less of a queue to get in. You get the views just like you would if you went up the Empire State building at a better price. To get to the Top Of the Rock, it will cost you $34 for adults, $28 for children 6-12 years of age and $32 for OAPs. Its open from 8 am - Midnight, daily and can be found at 30 Rockefeller Plaza New York, NY 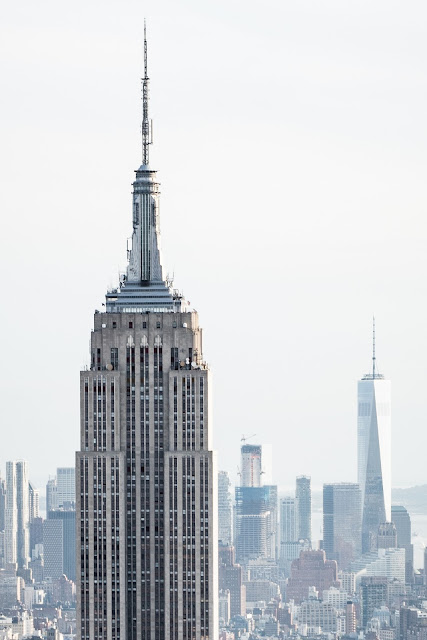 This was the place my kids wanted to go as soon as we arrived in New York, after all, it looks so cool on the TV, doesn't it. We jumped in a yellow cab from our hotel, and we arrived within minutes we didn't realise at the time that we were in a hotel within walking distance from Times Square. There is so much to do in Times Square you could spend the whole day there. We went into the Toys "R" Us shop where they had an indoor ferris wheel. This is so cool I mean who expects the ferris wheel in the middle of a toy shop? We also went to Ripleys Believe It Or Not, It was the first time we had gone to an attraction like this and the kids had a ball! You come face to face with some amazing oddities and curiosities. Visit Times Square at different times of the day. The illuminations are best seen at night and make amazing pictures! 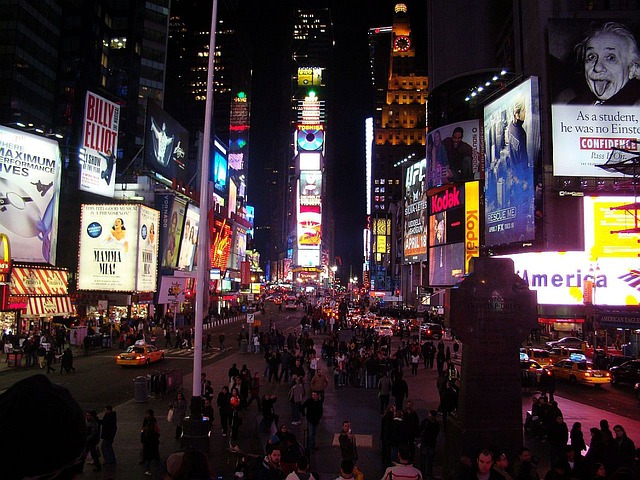 The Statue of Liberty

Of course, you have to go and visit this beautiful lady. She is the symbol of America's dream of freedom, and she takes your breath away when you get up close to her. You have to get a little ferry to go and see her but this is a perfect opportunity to see New York from the water. The day we went to see Lady Liberty, there had been a security breach and the island was stormed with the SWAT team, this of course made Kim's day as she was into all police programs when she was younger. And as they were trying to dispose of an abandoned bag that they thought could be a bomb, she was trying to ask them if she could have the photo taken with them! They declined! 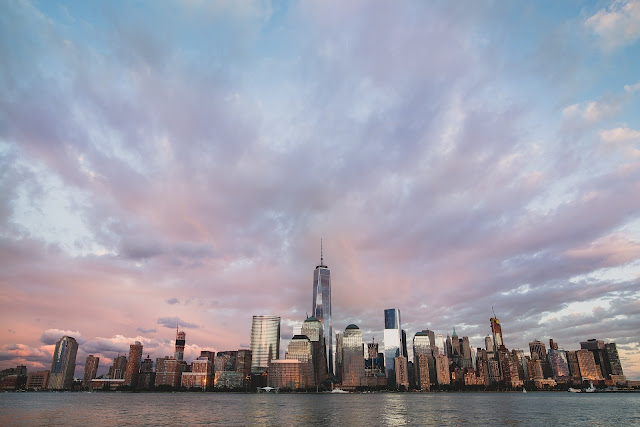 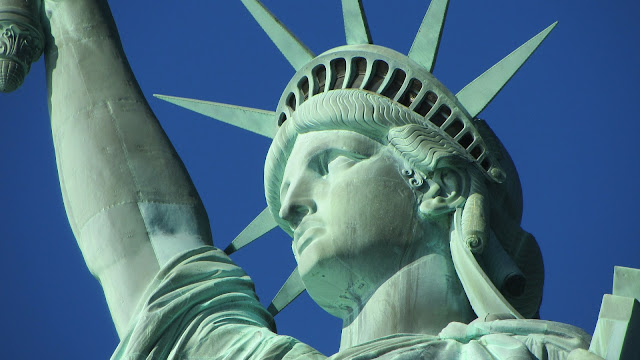 When we were in New York we were told by some people on the subway that before 911 people used to keep themselves to themselves on the underground and nobody ever talk to each other, After 911 New York changed and people had time for each other and friendships are made on the subway. You can get anywhere on the subway in New York and is very cheap to use too. It's easy to navigate, except for when we ended up in Brooklyn and had to come all the way back again!

We did a few different pastels when we were in New York mainly because I feel that you see more of New York on a bus tour effect to see more of any major city when you do a bus tour. We did a hop on hop off bus tour, where we had a 48-hour bus ticket and it enabled us to see more of the different parts of New York. We also did a movie bus tour, this is especially good one to do with kids because it takes a little bit of reality away from them and they can go in the in restaurants that film is amazing they can go and buy things from street fenders that have been seen in movies and The thing my kids remember most is the ghostbusters fire station as for me it was going to have to be the Coyotee ugly bar in the meatpacking district of New York.

Of course, the main reason of us going to New York was to get some shopping done. We love to Macy's that was our favourite department store, but we also saved up $2000 to go shopping in Tiffany's. We booked a personal assistant and she took us round the store and she knew our budget, it was a lovely experience and that's how I can to be owning some Tiffany Pearls. They were a bargain at $1000 (ah, the days I had money to spend) FAO Schwarz, you simply have to go there! My kids loved playing on the giant piano that was seen in the movie big.it was a huge toy store and you can buy anything in there but after Tiffany's we were slightly out of cash. If you're in New York, head to Fifth Avenue for some real retail therapy. 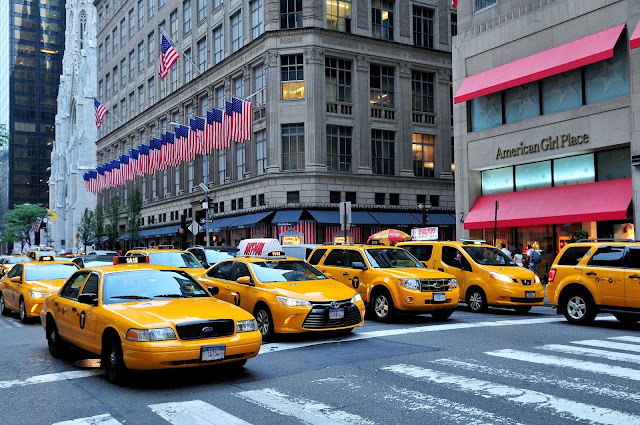 To find amounts of greenery in the middle of a huge city is like finding a diamond in a haystack. it's often a beautiful sight and an escape from the hustle and bustle of city life. Central Park is huge you could probably spend the whole day there and I suppose quite like Regents Park or Hyde Park in London, you find loads of activities like the zoo, lakes and even people with horse and carriages. We took a trip to Central Park in a horse and carriage and it really was as lovely as you could imagine and what you would see in a movie. It can be expensive so make sure you budget for it but it is worth every penny the bloke driving the carriage horse and carriage will also point out places of interest 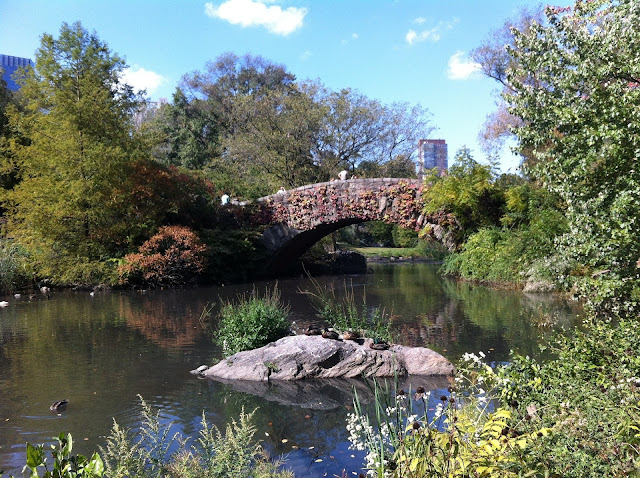 This is now a museum which gives you a taste of history, you get to see how new immigrants arriving in America were huddled in the masses and were not allowed to enter the US until they were made to walk through these halls and they had to be weighed, measured and rubber stamped. It was only poor people that had to endure the experience of Ellis Island because first class people were taken straight into Manhattan.  Half of the population of America can trace the roots right back to Ellis Island! there are exhibitions and you're guided around the same route that the immigrants took all them years ago. I really am a huge believer in kids learning more about history when they go to places like this and they see it first hand. Ellis is a fab place to take the kids. Only a few years before we went to New York, I had taken them to Ireland and we went to the coastal town of Cobh, where boats would depart for America, so it is good following through with the trip to Ellis Island.

New York just does not sleep you can find loads of things today at night as well as for the daytime you have to use your nightlife of clubs and restaurants for the youngsters but you can even do evening boat rides around Manhattan where you can relax and said that worlds most famous skyline at night or you can spend the evening in Times Square when nothing seems to place even Ripley's believe it or not is open until 1 am! There really is a lot to do at night, but don't make yourself so tired that you don't want to go sightseeing in the day

One of the best things about New York is all of the different ethnic groups that you find there, there are Italians Irish Chinese and so many different people living there. In the Lower east side, you will find New York's Chinatown we loved it so much here that we went back a few times as well as going off for shopping and to see the colourful, friendly environment you see people selling their wares on the side of the streets and  playing mah-jongg in the sunshine. Why not go and eat at one of the hundreds of authentic Chinese restaurants. 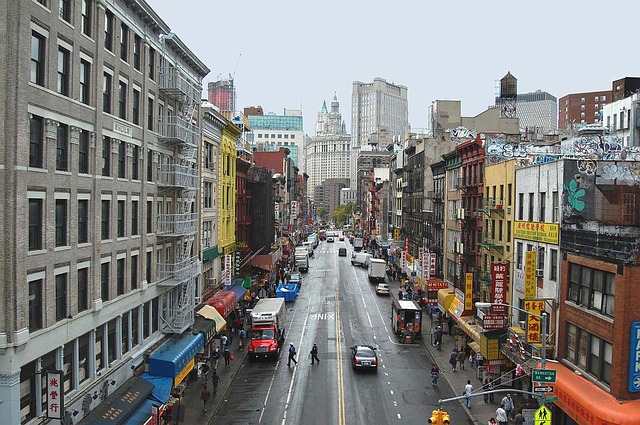 When we went to New York I make sure that we ate in a variety of different places I believe in the kids trying local foods when we go away on holiday but obviously in America a lot of it is fast food and we would try to avoid as much if that's possible. Food portions in New York or even America are absolutely huge. It's so easy to get carried away we ate in a variety of places ranging from a subway restaurant to a high-class restaurant in the district. We only ate in this restaurant because they offered a free limousine drive across New York and I couldn't quite afford to do a limousine tour so I worked it out that we could eat at this restaurant and get the limousine for less than a limousine tour that we booked. 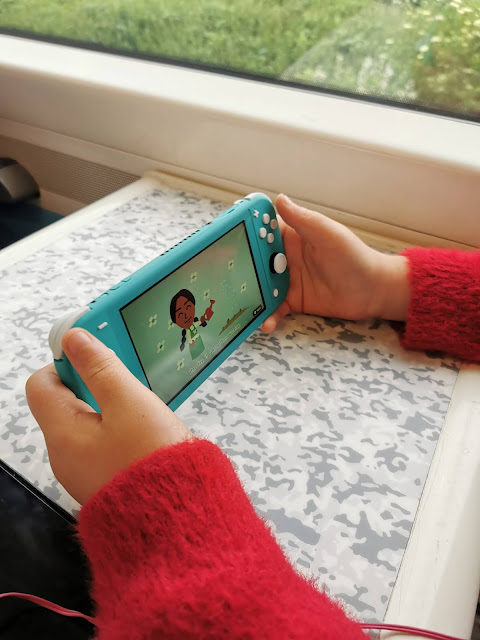