on August 04, 2016
I was an army kid and spent 8 years of my childhood in the former West Germany, but I had never been to Berlin, either before or after the unification and what I learned in Berlin was not quite what had been interpreted by the press. 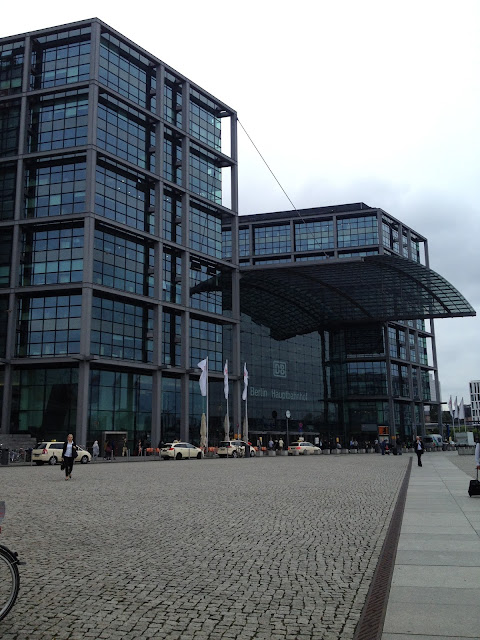 We arrived to the biggest train station ever, it was all made from glass and was built after the wall came down, It has four levels so we were warned on the train that it can be difficult to get your bearings right. The station has about 4 levels and only one is for mainline trains, there is a level for underground and a couple of shopping levels. 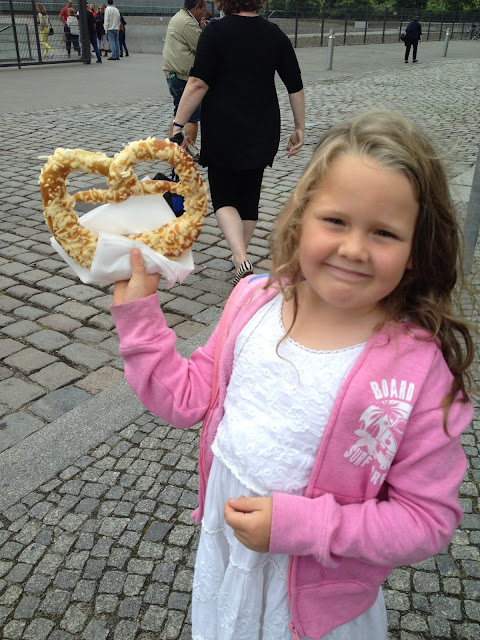 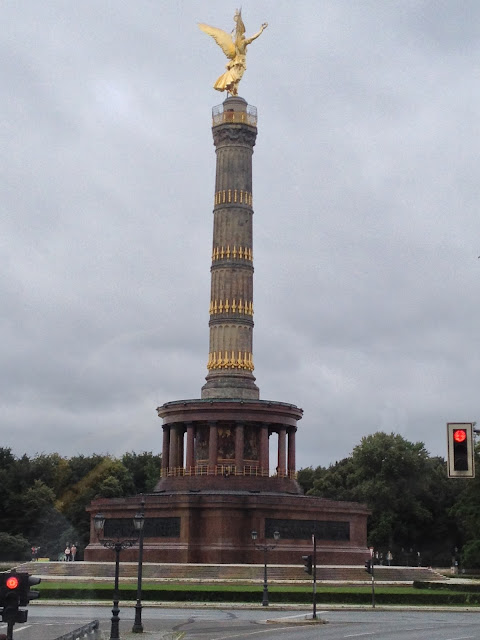 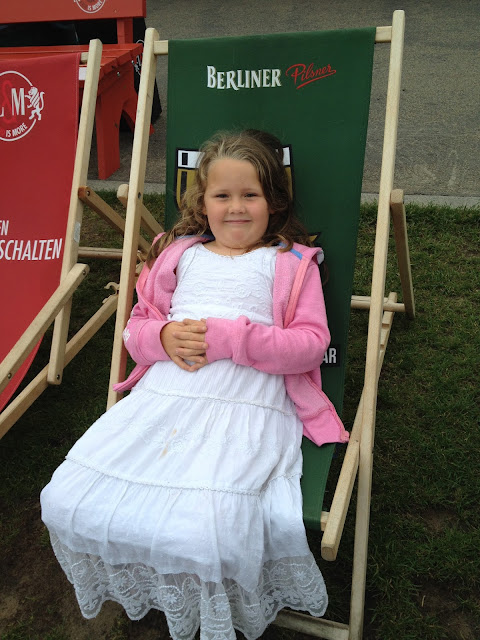 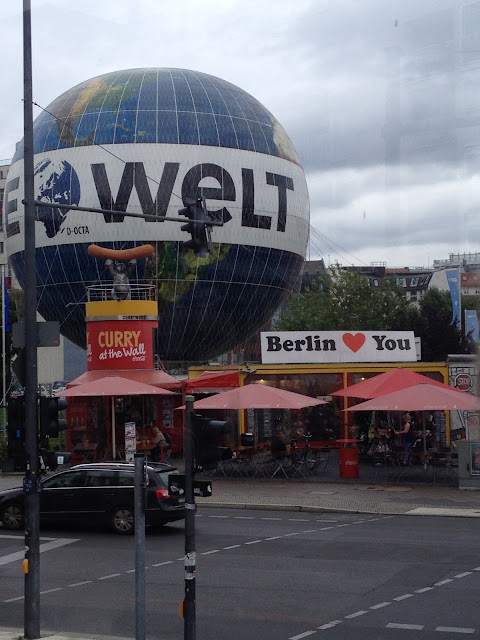 We booked in to stay at Pension Am Schloss Bellevue And it was a little hotel above a bar, the host was so helpful and very polite. He even helped us when we had problems with another booking in Hannover that the hotel had cancelled! We hadn’t booked breakfast but it was such a good price and we thought it would be better to put money in his pocket than in a big corporation. He also chatted to us about how Berlin had coped when the wall came down. He actually told us that as the west Berlin side had been pretty well off, when the wall came down, The East Germans struggled as they had to pay more for things over this side. He also explained that West Berliners had to pay for their health care and East Berliners never had to, so all of a sudden, the East Berliners couldn’t afford to be treated. The East Berliners had never put in to a pension scheme, so when they reunited it was a huge financial strain on Berlin and they are still recovering from the financial mess nearly 30 years later. 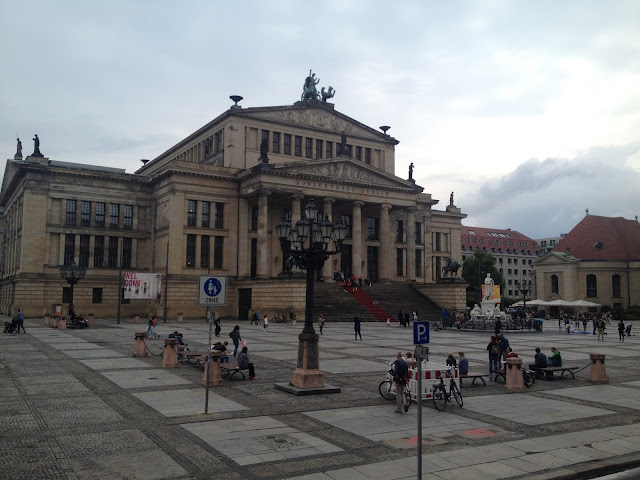 We did our favourite thing – a hop on hop off bus tour but to be honest it was quite simply CRAP! I actually fell asleep when we were on the green line with the live tour guide. It was supposed to be English/German but he wasn’t very clear and his voice was so monotone. In reality things can be reached by walking about Berlin. The only part of the tour that we enjoyed was the purple line, where we went out to the outskirts of Berlin and went to the Olympic stadium. This one had a live tour and he was more fluent in English and he interacted with the passengers. He was passionate about Berlin and it showed in his voice. I really would not recommend the Berlin City Sightseeing bus. Instead I would go with another company, we made the best of a bum deal but being dumped the other side of Berlin without as much as a warning because his shift had finished, really took the piss! We didn’t know where we were or which direction to go in, all we had was the bus map, so we followed the route of the bus until we got to the Reichstag and we could see the huge train station. 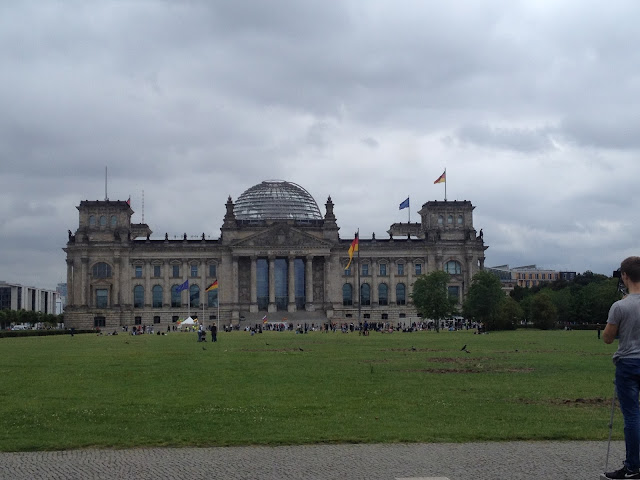 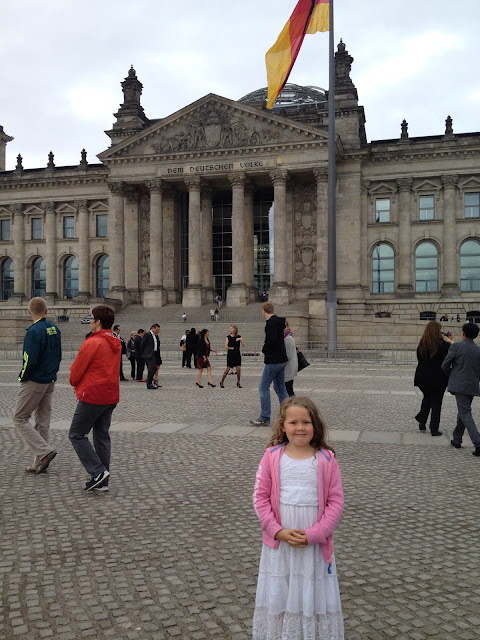 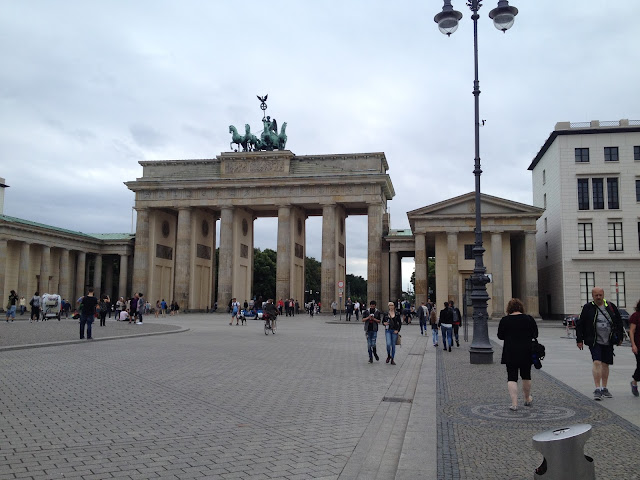 We also had to stop at every Berlin bear that had been decorated and placed outside the various shops and hotels, we actually did go on a bear hunt! The Berlin bear is the sign of the unified Berlin, so it is important for the people of Berlin. 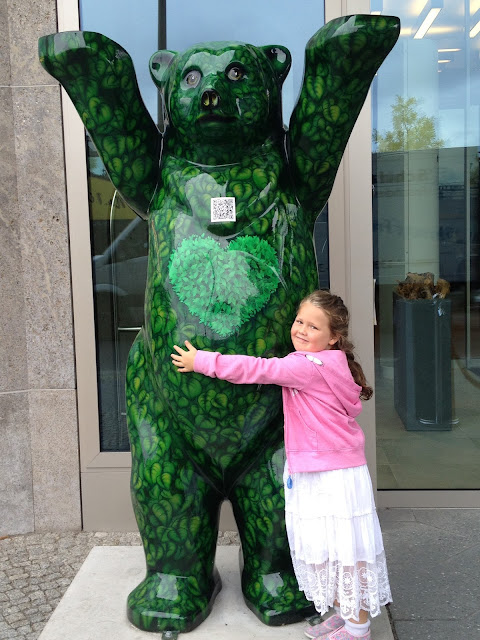 We visited Checkpoint Charlie, I know this was so tourist like but with being a kid in the army Check point Charlie was part of growing up. We all learnt about it. You have to take your life in your hands and run to the middle of the road as the check point is still there from the days of the cold war. Of course, instead of American troops, there are German people standing there in the uniform and for 3 Euros you can have your picture taken with them. There is also a kind of museum that is free to go into, it has old pictures and stories of people who tried to escape to the west but failed and then there are the stories of those who succeeded. I was a real eye-opener to how desperate people were to cross to the west. 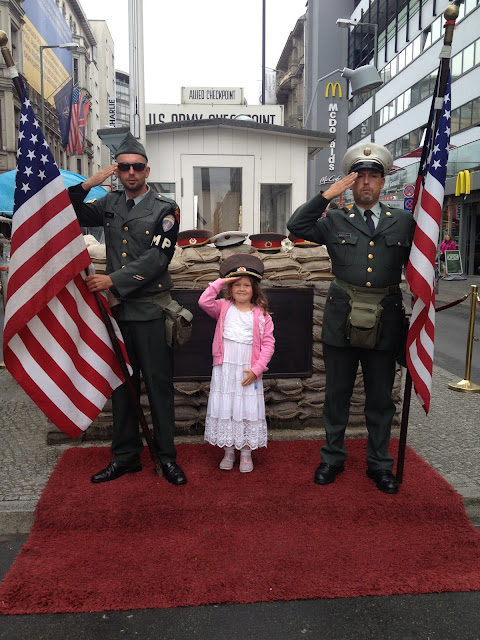 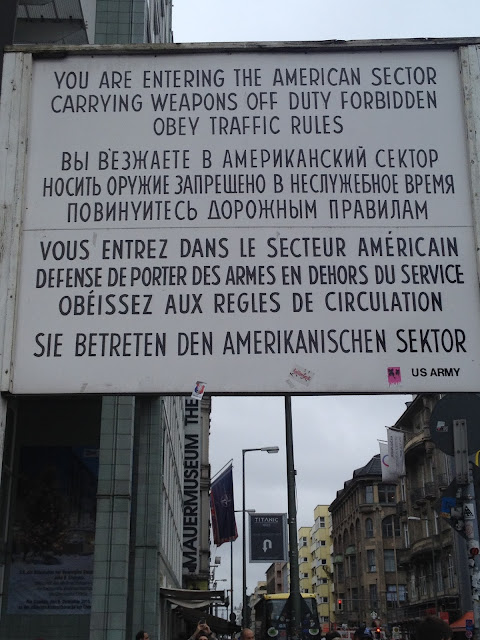 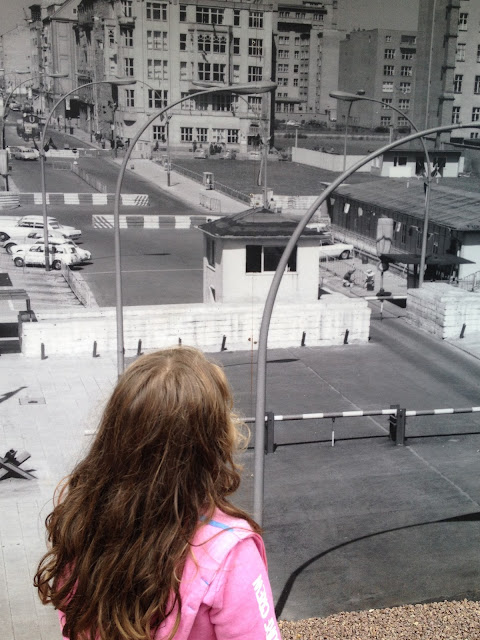 The wall still stands in a few places along Berlin and on one stretch of it is on the old ruins of the old Gestapo HQs, so as you walk along the wall you follow a timeline of Hitlers rise and fall, how he persecuted the innocent people and how he turned some Jews to become ‘catchers’ for him. You also get to read the unbelievable facts that over 6000 Jews were actually saved by some of the Germans as they were hidden in German Families and none of the neighbours or friends gave the Jews away. It is quite surreal to believe this happened in our history, purely because one man thought he was doing the right thing by ‘’cleansing’’ his country. 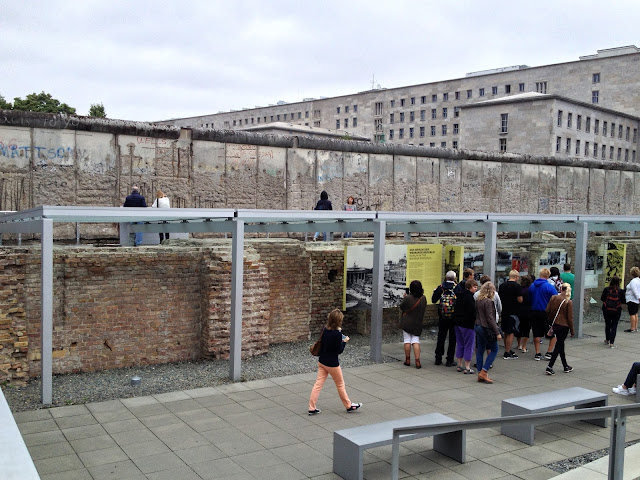 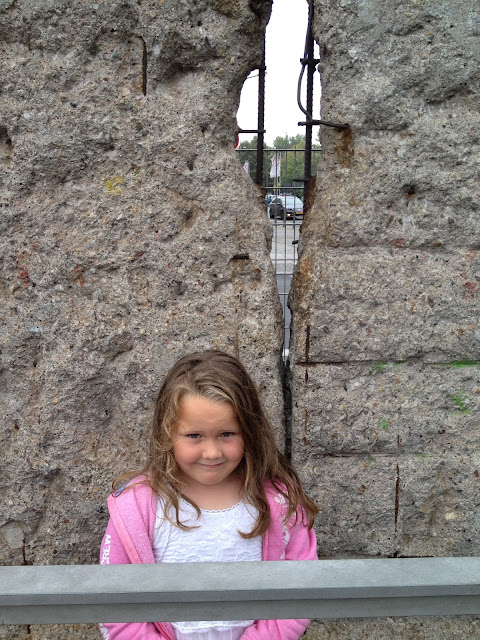 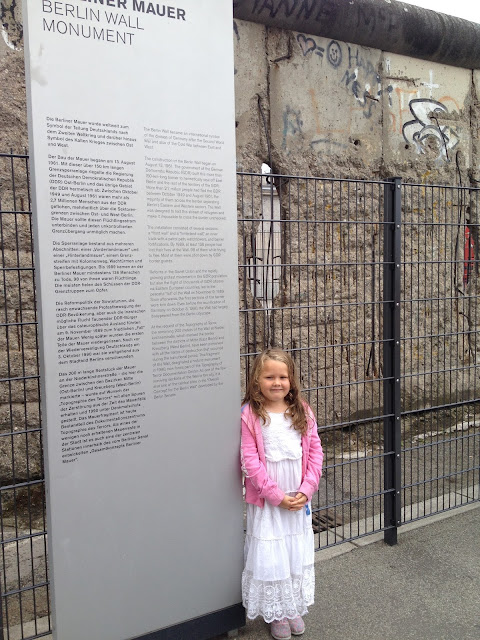 We spent 2 days in Berlin and Eileen is looking at going back soon, but me? I feel like I have seen everything I wanted to see and I am ready to move on to the next place. 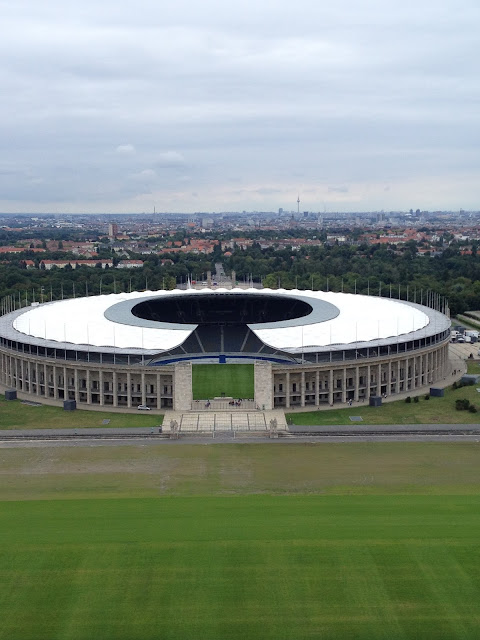