Travelling To Copenhagen By InterRail 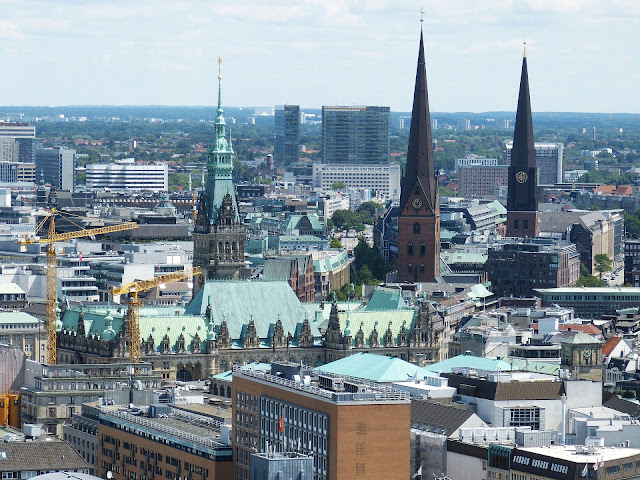 Again as I tried to make the journeys between destinations no more than 4 hours, I found myself in Hamburg. The travel from the Harz to Hamburg was only a couple of hours and we have managed to get a bargain hotel on Ebookers, It was a four star Best Western hotel and it was just gorgeous, It was much needed after the naff hostel we had just been in. I had gone two days with out a shower and to be able to use one, was the best feeling ever. The staff were fab and the hotel was a quick train ride away on the Sbahn. 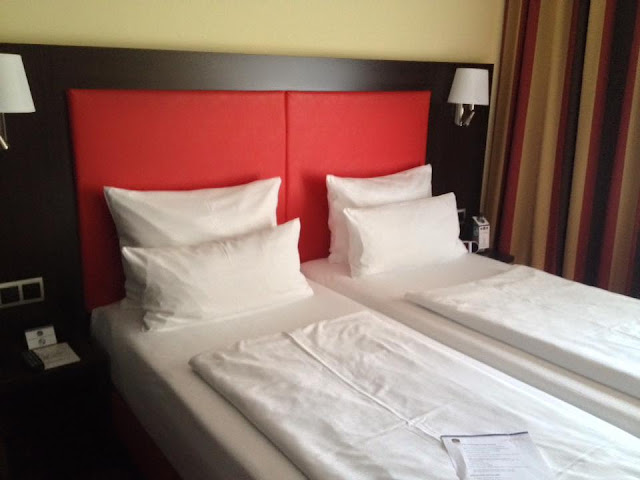 We dropped all our luggage off and after that much needed shower, we popped back into Hamburg, but sadly there really wasn't much to do. There was of course the harbour and a huge shopping centre but we were tired and it was clearly visible that it was coming to the end of our holiday. After taking a walk through the town and then to the old town we went and found a currywurst stand. Tilly knew this would be her last bratwurst and actually surprised me by asking if she could have a currywurst. So for a bargain 3 Euro's we got currywurst and a drink. The trip back into the centre was worth it just for the food. 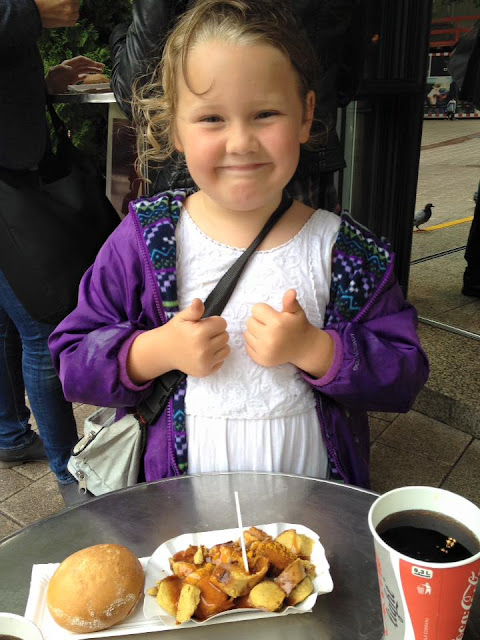 Hamburg is the perfect stop for a trip to Denmark, it seems to be the gateway to Scandinavia and is used by many InterRailers. But other than that there was not really much to do in Hamburg. So we headed back to our hotel for an early night because we had a long train ride the next day. Unfortunately I didn't book the direct train in time so we were having to take an indirect journey that included 2 changes. 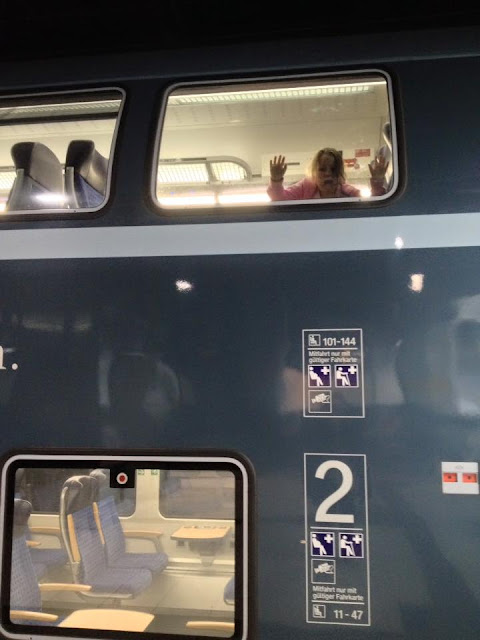 The train journey itself wasn't actually too bad, We boarded the train and it was empty - bonus! It was a double decker train again, we were going to miss these trains when we get home. Why can't our train system be so good? We sat on the train with a lovely family who spoke English and it seemed to make the journey more enjoyable for Tilly. I really think she had missed conversing with other kids whilst she has been away. She did tell me a few times that she was missing her friends. We had to swap trains at Flensburg and the train pulled up but getting on was manic, There were no seats and people were trying to get on with bicycles. travellers pushed their way to a seat and Tilly and I were left without a seat. But It was only for about an hour or so, so we manned up and waited until some people got off at their chosen destination.

At Fredericia st it was time to change again, we were pleased to get off the crammed train, but I was sad that Tilly would never see her little friend again. But on a positive note, this was going to be our last long train journey of our holiday and before long, we would be in Copenhagen. We arrived at Copenhagen station just after 2pm and the whole trip had taken 5 and half hours, but we were here and that was all that mattered. We found our hotel and checked in. We chose to stay in Cabinn Metro, it is a hotel from a chain of budget hotels but there really wasn't anything budget about it. It was quite expensive to stay in Copenhagen and at £160 for two nights, this was the cheapest I could find. It was very much like staying in the bedroom dept of Ikea and there was a bunk bed in the room with no safety bar. I went to reception and asked if they could reach the mattress and put it on the floor for us, but the man went to a room out the back and returned with a metal safety bar to pop on the top bunk - perfect.

So we sorted our selves out, freshened up and went to explore, somehow we found our selves in Sweden for the evening.