The Musicians Of Bremen - The Fairy Tale Trail

on August 10, 2016
Next on our fairytale trail part of our InterRailing adventure was a sneaky little quick trip to Bremen, The story of the Musicians of Bremen isn’t really know outside of Germany, but once again because I had grown up with the story I wanted to show it to Tilly. I had arranged for us to get an early train because we were on our way to the Harz mountins and it was going to be a longer journey as we were going 45 minutes out of our way.

We finally got out of bed, which was surprisingly comfortable after the shower debarcle. And we went to have breakfast, It was 7 Euro’s and Tilly ate for free. I am sure they think kids don’t eat much but they have obviously never met Tilly!

We took a direct train from Osnabruck to Bremen. And when we arrived there was a tourist information in the station, by this point of the holiday we had come to realise that it is easier to swallow our pride and actually ask for directions because it saves so much time in the long run. We were given a map and we actually were able to follow it to find the old town. Then The Musicians of Bremen seemed to be everywhere. Every time you turn around there was a kiosk or a street trader selling souvenirs. I like to see this, it makes the whole experience seem more fun. We found the statue of the Musicians of Bremen, It was partially hidden by scaffolding so we took the best pictures that we could. The story of the musicians of Bremen can be found Here. 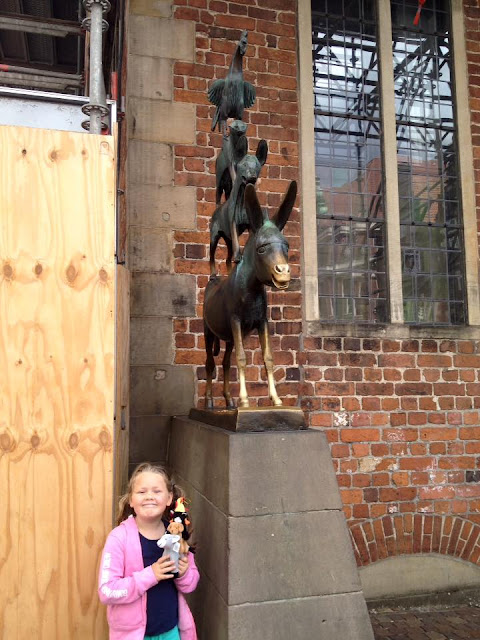 The thing about Germany that gives it the charm that seduces tourists is the old buildings, they are so beautiful and each one is different. Sadly some cities like Berlin and Rotterdam on our travels were ‘’new towns’’ because the y were virtually destroyed in the war. We are so lucky to still have so many of the old buildings in ‘’old towns’’ to still enjoy. Bremen is full of history and a statue of King Roland stands in the old town square. Street entertainment and kerb side cafe's add a bit of up to date charm to the towns. 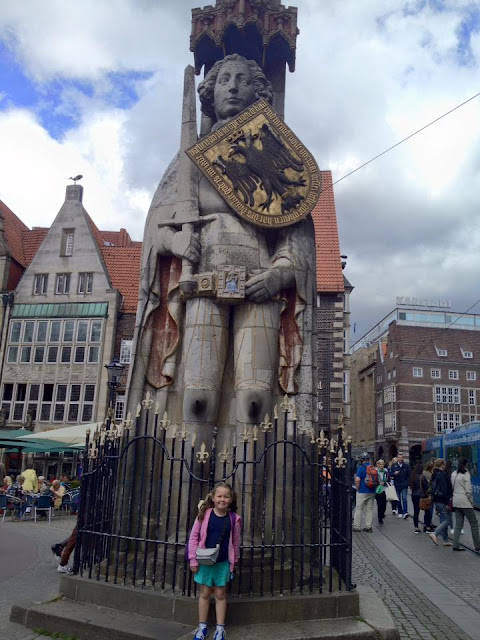 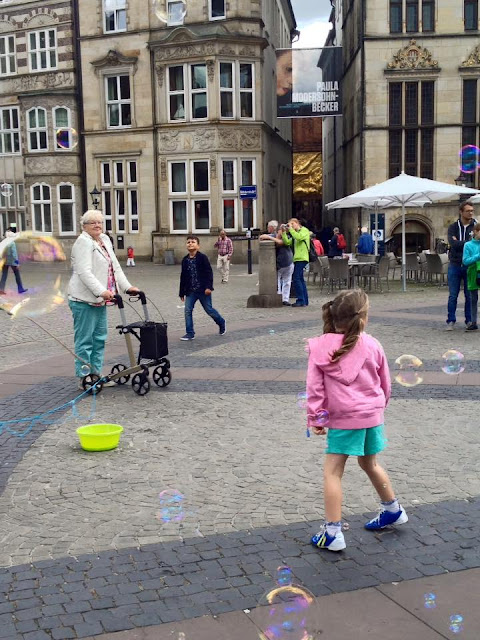 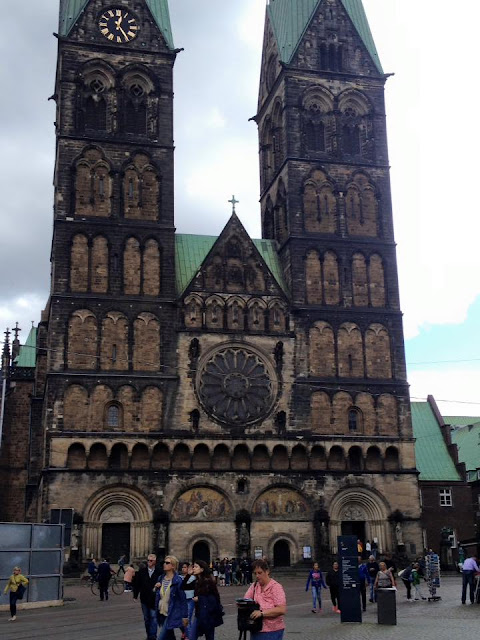 We boarded a train to Hanover to make our connection to Goslar and relaxed as the train flew through the countryside, back into the town. The change in Hanover was easy and soon we were on the train to Goslar. This was going to be our stop for a few days whilst we chased fairy tales in the Harz country park.