Reliving My Childhood in Osnabruck

on August 09, 2016
Like I said in the previous post is that my son and his girlfriend live in a town outside of Rotterdam, about an hour by car. So when it came for time for us to move on, We got up Early (like 6am) and took a bus to Rotterdam Central train station. We got on and took our seats, that was a moment when I thought to myself - Great its only me and my kids now for for the next week. I started to panic about no adult conversation and then being suffocated by Tilly. I thought again for a brief moment that I couldn't possibly do this alone, but I shook myself and just realised I had to get on with it.

The thing about all the transport in Europe is that WIFI is everywhere, you get on a bus and there is WIFI, I was glad for it this morning because it helped to pass the time as Tilly went to sleep. Before I knew it we were at the bus centre in Rotterdam and we had to take a quick Metro ride to the train station. I hadn't booked tickets and preyed the train would not be busy - Luckily it wasn't, we had a change  to do but it breaks the journey. 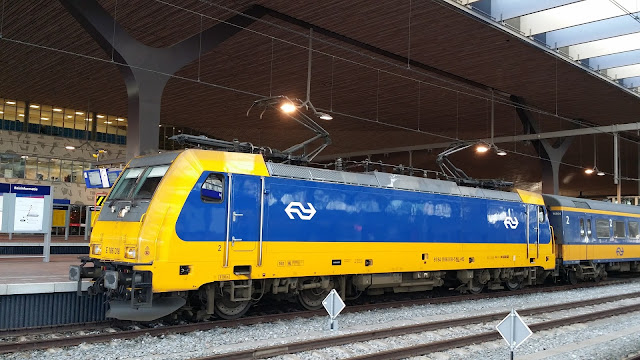 One thing that I do find as odd was that as soon as we hit a border town, the staff from the country we were travelling from would get off the train and new staff would get on. There would be a ten minute change over and then we would get on our way again. As we travelled through Germany there were so many towns that were familiar from my childhood, but as we arrived at Osnabruck we were ready to get off! We popped our bags in to the lockers .... our usual thing! and went to find somewhere to visit. Tilly knew that I had grown up in Osnabruck too and we went to the village where the army family lived. After reunification of Germany these were handed back to the locals. They still looked the same and It bought back so many memories of being a child and It was god to go back. We went back about 12 years ago when I travelled Europe with the older kids and I am glad I took Tilly but Osnabruck isnt like it used to be when I was a child. It was full of Immigrants and people sleeping rough in the streets. It did shatter my memories a little bit. 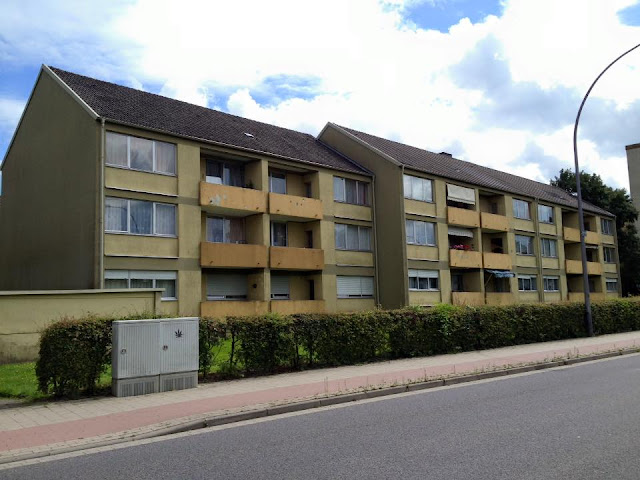 We checked into our hotel, which was an Ibis budget, It was clean and warm but it really wasn't welcoming. You checked in by a machine, then there were no instructions of how to actually get in to your room. You had a receipt with with a 6 digit code and you had to put the code into the doors. There were no directions to the rooms. I find it sad that customer service has taken a real hit in some of the big world wide businesses. We finally got into our room and I went to take a shower. The shower was just a cubicle in the room - no privacy at all and it was so small that you couldn't even close the door once you were in there taking a shower.

But the beds were comfy and we actually got in them to go to sleep. So we had a good night rest before our next adventure in the morning.