Visiting Malmo With A Child

on August 16, 2016
If you are staying in Copenhagen, then it would be a shame if you didn't cross the bridge into Sweden to spend some time in Malmo. It is easy to get there and takes just over half an hour from Copenhagen, by crossing the Øresund Bridge. It is about 16 km long  and is a combined road and rail link between Sweden and Denmark. It is a bridge, an artificial island and a tunnel. It is the longest bridge that I have ever been on and was very exciting. When we went to Malmo, we had to change at Copenhagen Airport and before we got on the train, our passports were checked and they were checked again on the train. 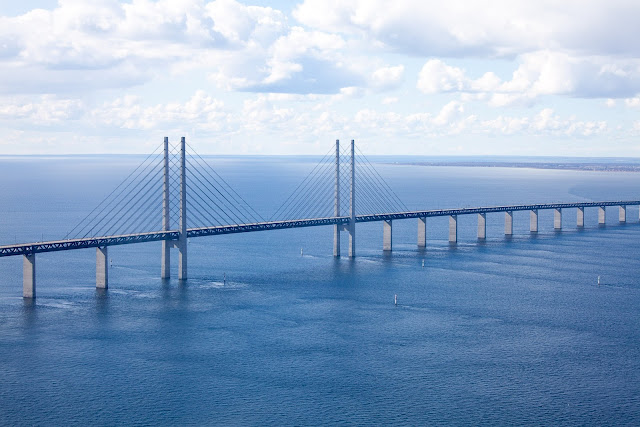 Going over the Øresund Bridge was surreal, it was so long ans the view was fantastic. I am so pleased we took the trip. we went over at 4.30pm, so that we could spend the evening in Sweden. But as it was summer, we had plently of hours of light left and when we got there we discovered a fair - that mean't I was kind of neglected for a ride or ten. We listened to some live music on a boat bar that was moored up in the harbour and took a walk down to the sea front. 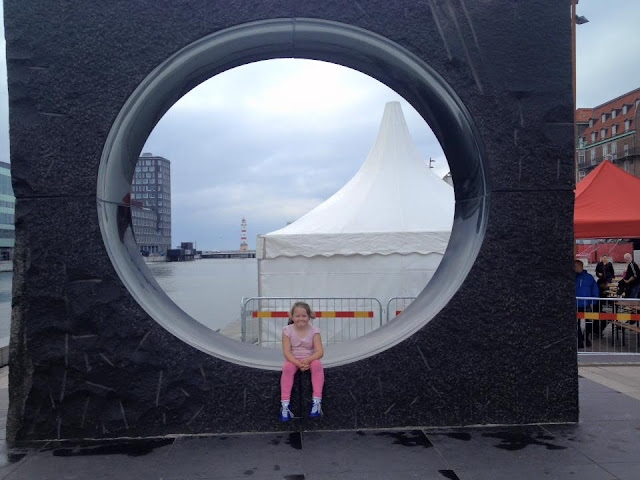 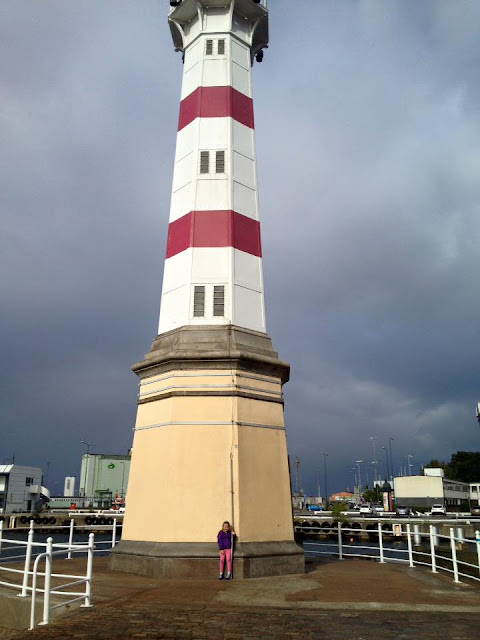 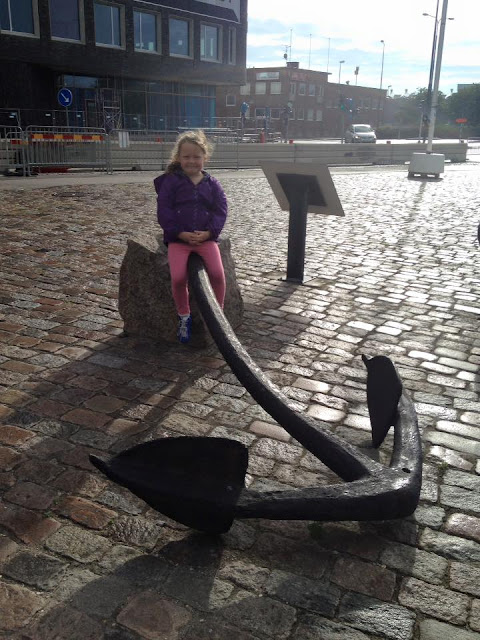 Malmo is a pretty city and there were loads of sculptures to see, Tilly loves things like this, I have big hopes for her being artistic as she grows up. There are even some swings outside the train station for people to sit and relax on, it is a fab way of bringing people together because you are sitting opposite someone and you start conversations. Malmo station is huge and we took some time to find the right train home, they ran about every half hour to Copenhagen airport, because it is closer than Stockholm. Copenhagen is an affordable airport to travel into as well. 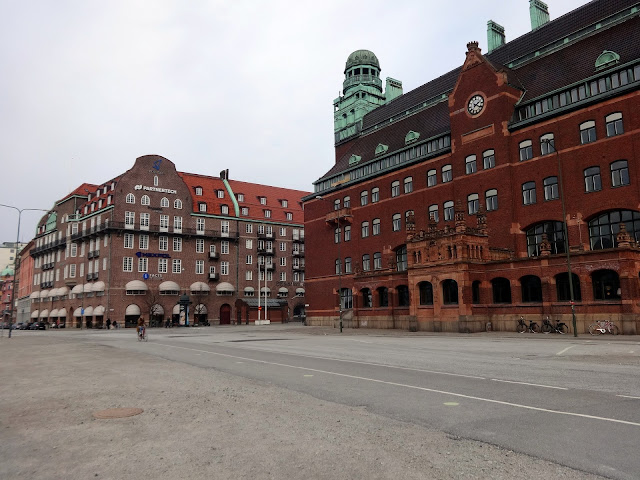 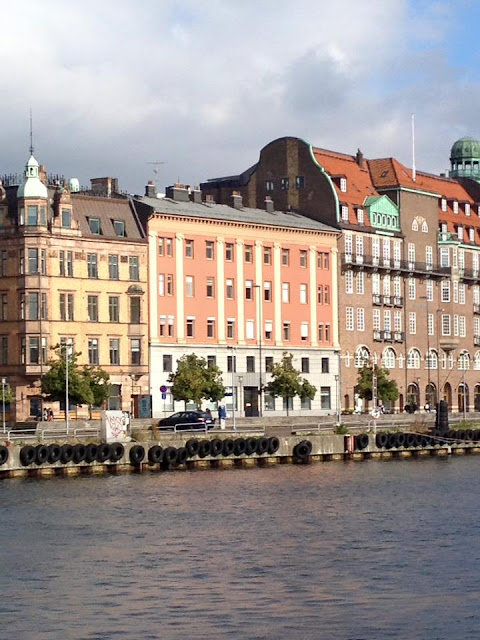 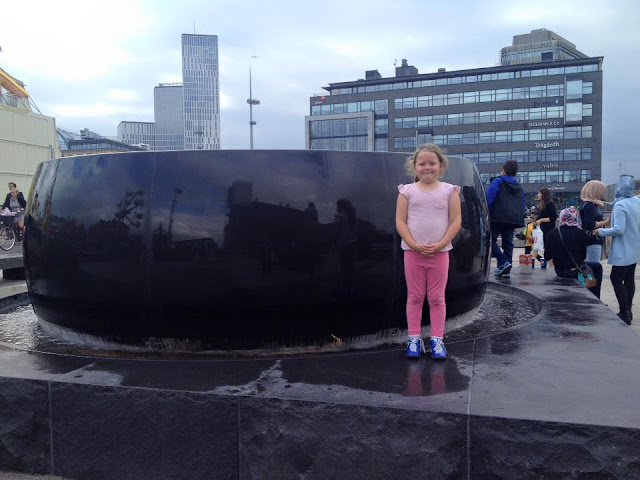 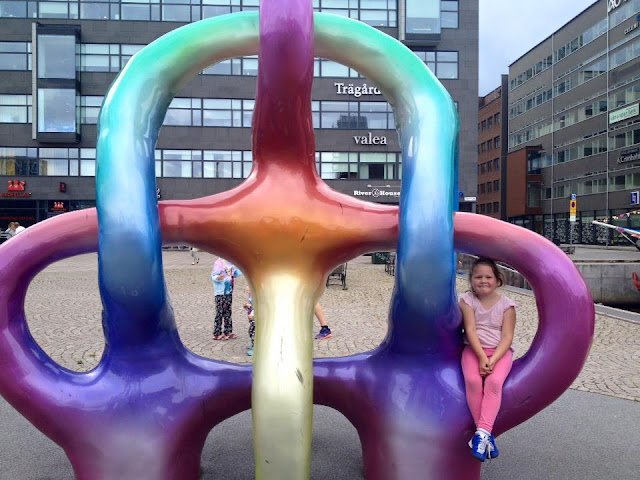 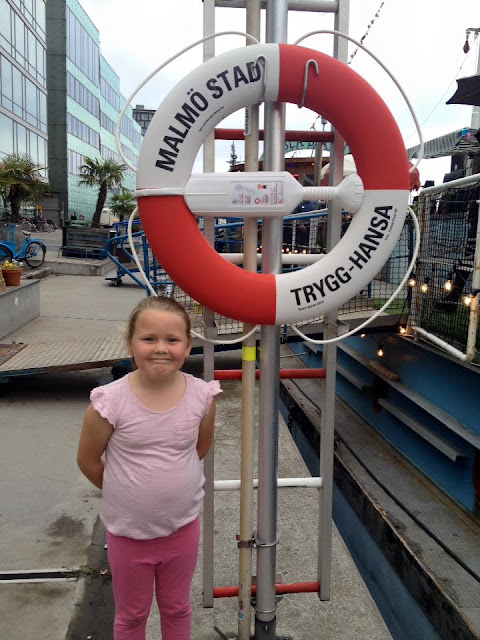 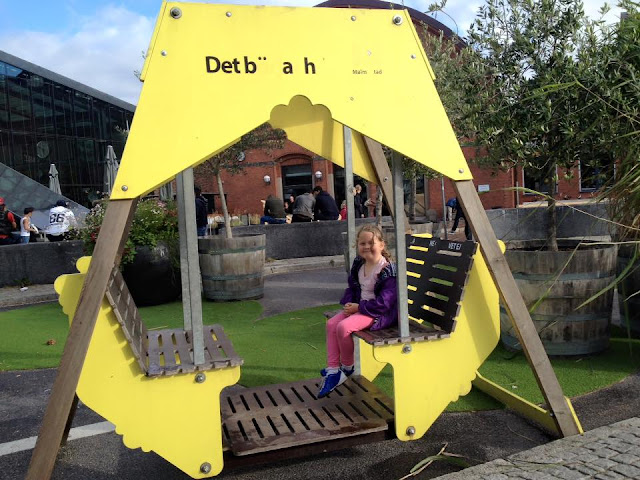 We bought some food for a picnic on the train and it was very expensive, I paid about £10 for a salad and chocolate bar. I could have got a meal in Burger King for a cheaper price but I wanted something healthier for Tilly.