on August 13, 2016
We had booked into a hostel in Goslar and from the outside it looked like a cute German house, it was huge and perfect for hostelling, but inside it was not too nice at all. When we booked it, it had said they spoke English, but when I checked in, the office stank of smoke from what seemed like a 60 a day habit and the man checking us in didn’t speak English. At this point of the holiday we were tired and decided to make the best of a bad thing. We walked up two floors with our heavy suitcases and were shown to our room. Because it was a hostel we had to put our own bedding on the bed, but this is something I have been familiar with over my years of staying in hostels. We tried to hook up to the WIfi but we were out of range ….. it kind of summed up the failure of a booking that we had made.


The hostel itself was only 7 minutes from the train station and about 10 minutes from the town, so it really is perfect if you are looking at touring the area and using the trains all the time. It has the usual facilities of a hostel and a few extras like free bike hire, BUT we never were able to get a member of staff on site, the office was always locked and a phone number was left on the door. This is perfect if you have a phone on a German network, to make a call and you speak German. I emailed the hostel about not being able to contact anyone and my email was left without a reply. We booked in to a double room that was on the top floor but the only bathroom for at least 6 people was a bathroom with 1 toilet and 1 shower in the same room. So if someone was having a shower it meant that you couldn’t use the toilet. But this hostel is okay if these problems don’t worry you and you are just looking for somewhere cheap to sleep whilst you explore the area. It was a quiet hostel, because Goslar isn’t a party town. People of all ages stay there and children are welcome.

The beds were comfortable and we had an early night, due to there being no WIFI – Okay I lie, if I stood on a chair by the door, I could get one bar of a signal on my phone, but if you dared to breathe the signal went.

Tilly slept on the top bunk and I told her not to touch the light on the ceiling - the picture will explain it all. IT would appear that European accommodations obviously don't have so many strict laws about the state of the places that they rent out to people. 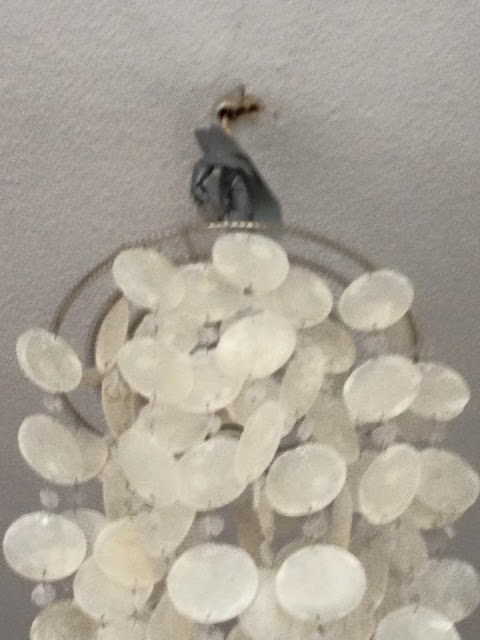 Goslar as a town is pretty, but they speak very little English and although I could get away with some basic German words, I still struggled. The towns people in the old town were lovely and it was as picturesque as other german towns. Goslar is a great town to stay in if you want to visit the Harz mountains because it is a few minutes down the train track to Harzberg and about half an hour away from Wernigerode (the heart of the Harz). 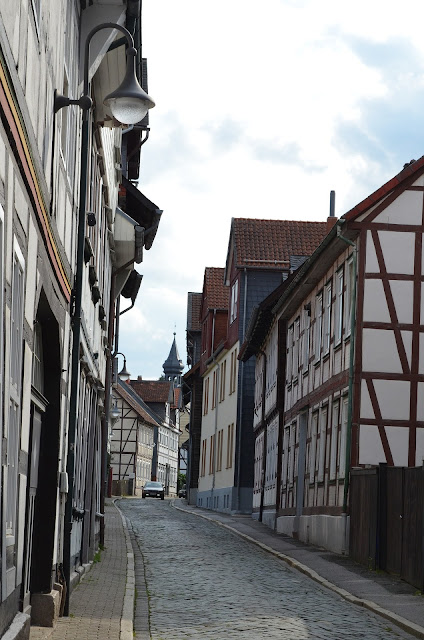 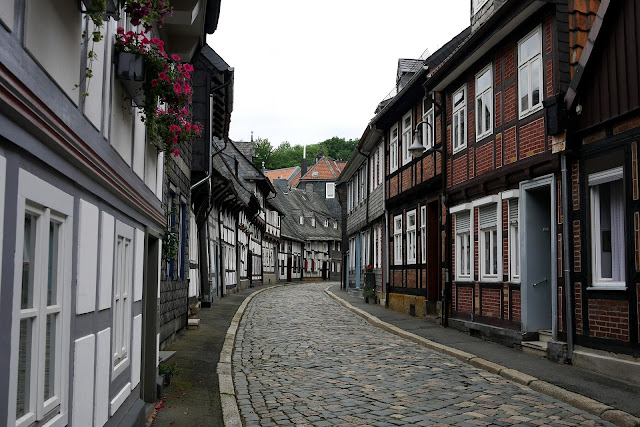