on August 15, 2016
During the cold war, Germany was split into East Germany and West Germany, the division went right through the Harz country park and sadly this beautiful part of the country was unavailable to so many people. In Wernigerode there is a steam train that goes up the highest mountains in the Harz, this stopped running in the time of the split and since reunification it has taken the trip to the top of Brocken several times a day.

The train first ran up the mountain in 1898 and for 39 Euro's per adult you can also make the trip to the top of the mountain. It seems a lot of money for the trip, but Tilly was free and it did take us nearly two hours to get up to the top of Brocken. I thought that Tilly was a bit sick of trains but there is something about steam trains that makes you want to go on them. Tilly had never been on a proper steam train before so this was quite an experience for her and I really don't think I could have chosen a better train for her to go on. 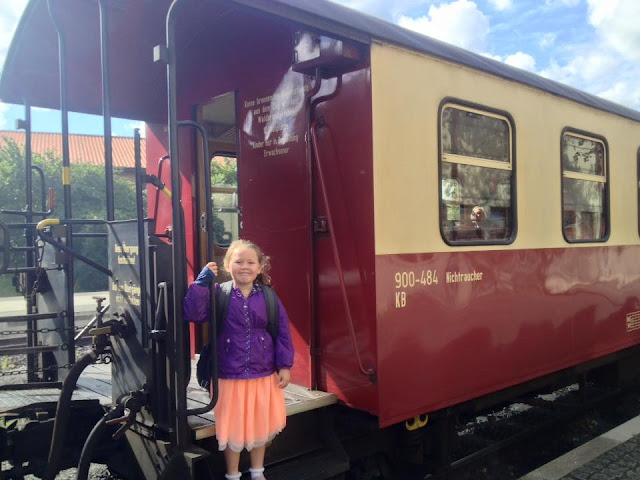 Once you take your seat, you find a table next to the seat with a map of the mountains so you know what stops are next. We got on the train at Wernigerode Bahnhoff, but there are a few stops in Wernigerode to get on and off the train before you really start to head up to the summit of Brocken. 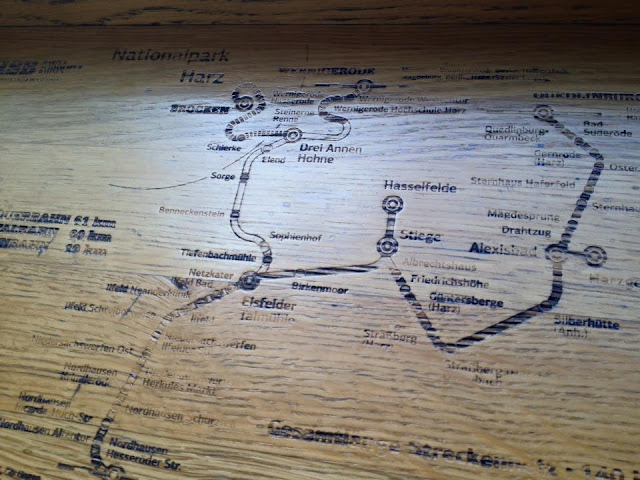 It stopped at Drei Annen Hohne and there is a break for about 10 minutes, so you get the chance to get off and take in the views at 540 meters and have selfies against the steam train. Then you get back on the train and it weaves up the mountains another 145 meters for 20 minutes to get to Schierke which is a huge 685 meters above sea level. But you are still half way from the summit and it takes another half an hour to get to the top of Brocken which is 1125 meters. 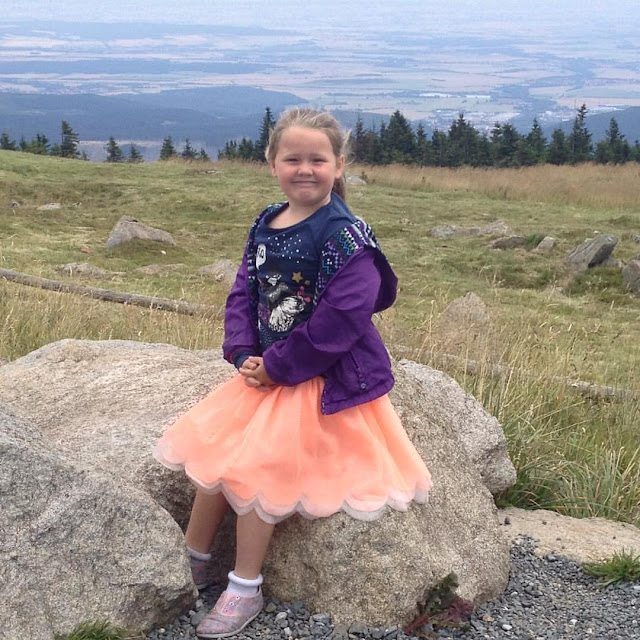 The Harz mountains is full of towns with steep-roofed houses with tiny windows and narrow, cobblestone streets, dark forests, rushing streams and stormy mountains, So it is no wonder that The Grimm Brothers travelled here to gather their fairy stories from the locals. Although most of the stories are from Kassel which you will find about 40 Kms away from the Harz mountains. 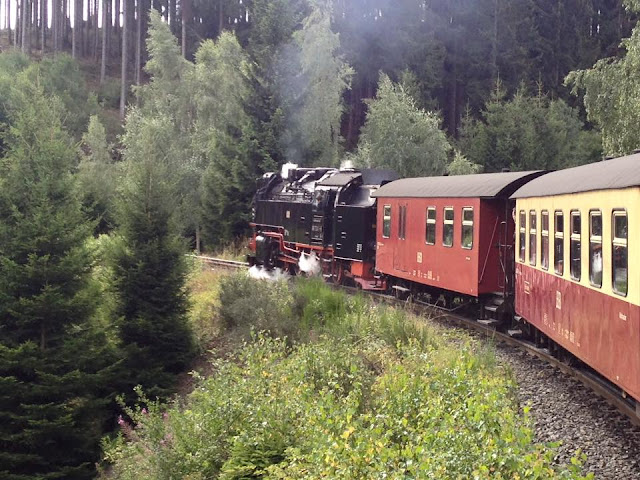 Wernigerode also has a castle and you can read more on our post about Wernigerode. When you come back down from Brocken and you wish to take a trip to the old town, simply get off at Wernigerode Westerntor stop.