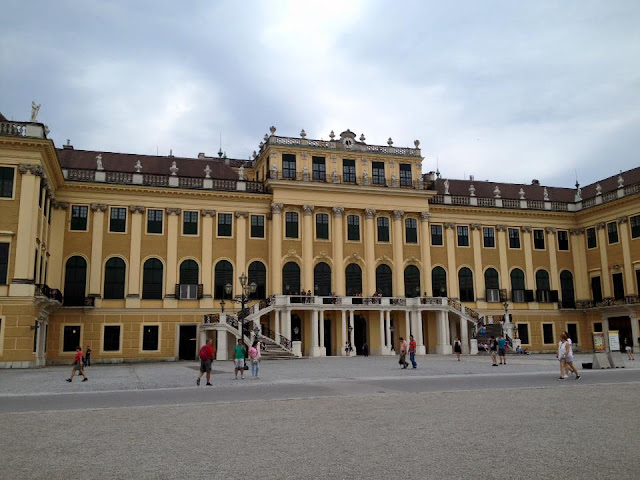 Whilst we were in Vienna, I wanted to show Tilly some of the history involving the royalty, after all Vienna is renowned for being a very regal city. There is so much history in the city surrounding the royal family of Hapsburg and this year brings the 100 year anniversary of one of the last rulers from the Hapsburg Dynasty, Emporer Franz Joseph 1. There is a special exhibition in his honour until November at the Shonnbrunn Palace. We actually took a trip to the imperial palace of Shonnbrunn whilst we had our brief stop in Vienna. It was easy to find on the metro as the stop is actually called 'schonnbrun and then it is a short walk to the palace, if your not sure where you are going, then you simply follow the crowds as you can be sure that you are going in the right direction. Before you go, it is easier to buy tickets if you can, because you could be queuing for a long time to even buy the tickets. Then you get given a time slot to enter the palace and on the desks there are notices saying that it can be up to an hour before you get in the palace on busy days. My friend went to the Imperial palace, whilst I chose to take Tilly to the KinderMuseum, as I thought she would enjoy it more.

Before we did the KinderMuseum, she got slightly sidetracked by a horse and cart ride, As we are on a really tight budget, we went for the cheaper option of a carriage ride around the estate in the back of a wagon with 6 other people. This cost me 7 Euro's and about 4 Euro's for Tilly. This was so much fun and I didn't appreciate how big the palace grounds were until I went on the ride. The guide was German, but translated to English where ever he could. He told us a brief history and pointed out the places to visit as well as the landmarks on the journey. The whole experience lasted half an hour and was well worth the money that we paid. You can do a private ride in a horse and carriage but it will cost you 65 Euro's - but think of how romantic it will be? 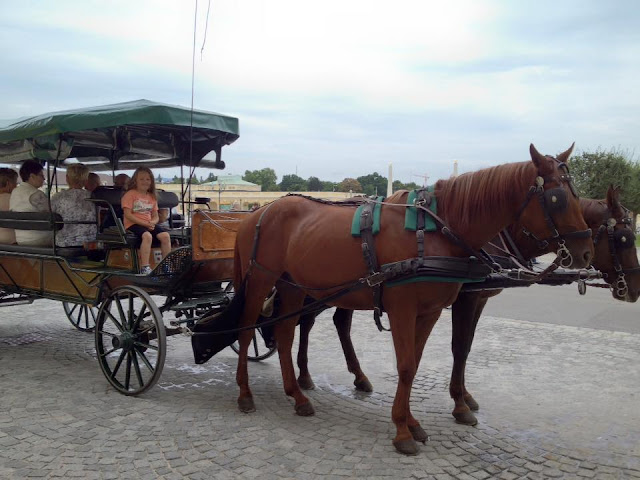 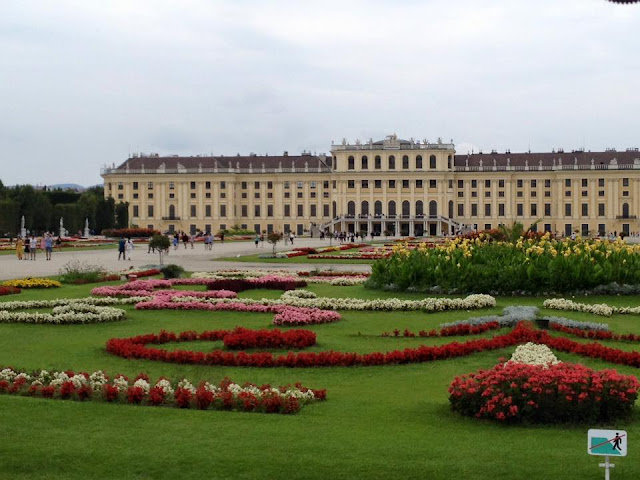 As Tilly had fulfilled one of her wishes (to go on a horse ride in Vienna), we went into the KinderMuseum, I am sure like most kids, she thought to herself that it was just another museum. But when she saw all the fun in the KinderMuseum, she couldn't contain her excitement anymore! As we walked in she noticed loads of wardrobes with imperial gowns in, that was it - she raced over and started to try them on. There is also a selection of clothing for the young boys too, so they don't miss out on the fun. Once Tilly had her costume on, she was able to sit in an old fashioned chair as the children did in the time of Shonnbrunn being used for a palace. She was also able to climb a rocking horse and play in her outfit. I have been to museums before where children dress up to get involved in the atmosphere but never have i been in one that had so many finishing touches to it, Not only could she try on the dresses, but there were also wigs, gloves, hats, the list was endless! 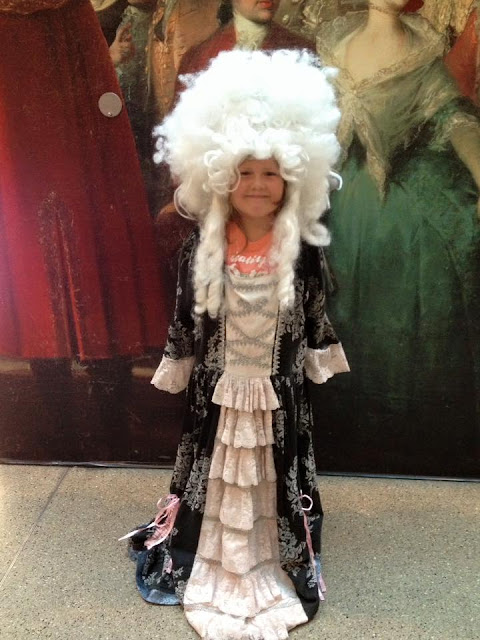 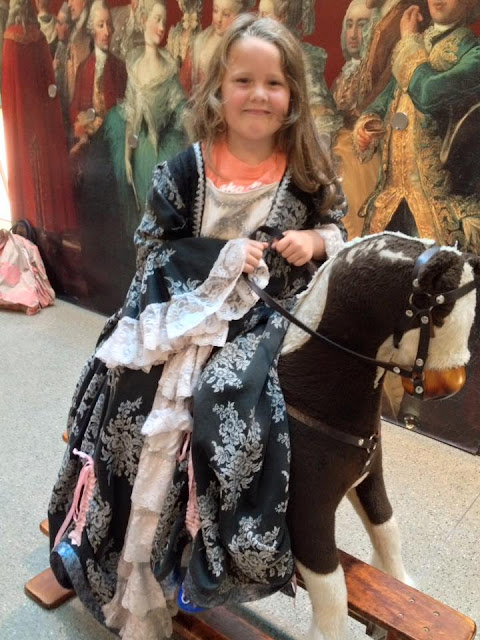 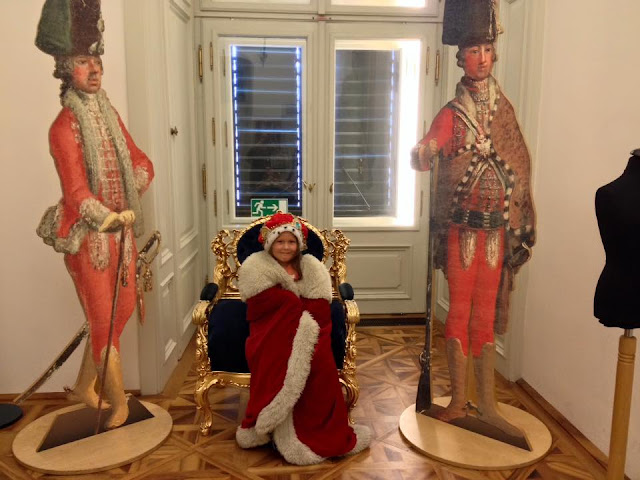 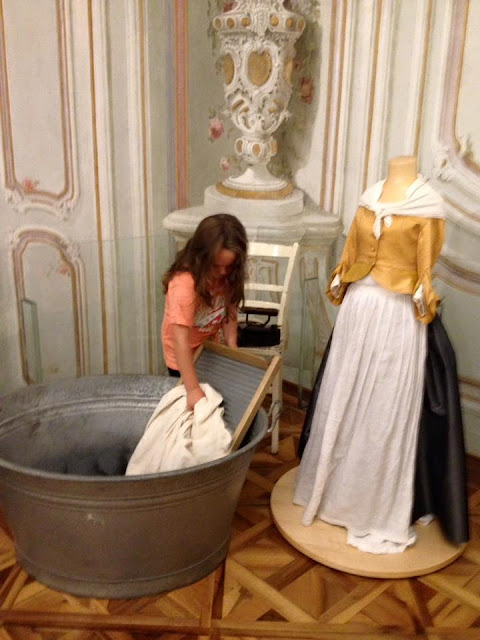 You get to spend as much time as you like in the dress up part of the museum, but when Tilly was ready we took a walk around the museum and she got to see the toys they played with and she even got to play with them herself. The KinderMuseun is very much a hands on museum and I really can't recommend it enough. We gave it a 10/10 as a visitor attraction. But we do have a few tips if you want to take a visit yourself.


Tilly loved this museum and she was able to really use her imagination whilst she was there. She also felt like a real princess and it have her a kind of perspective of how they dressed in history and how heavy the dresses were compared to the dresses she wears these days. You can find more details about the museum here at www.kaiserkinder.at amd if you have children, you must visit this KinderMuseum at Shonnbrunn.